Burgas - Great destination for everybody 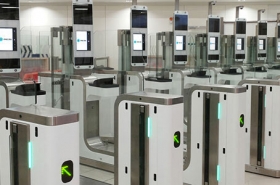 Burgas is one of the largest cities in the country. It is situated on the Black Sea shore, in the Burgas Bay, at a distance of 400 km from Sofia and 130 km from Varna. Burgas is an administrative center of the area with the same name. The city population is more than 230,000 people.

Climate: The Burgas climate, highly influenced by the sea, is temperate continental, with average summer temperatures of 26.4 С, and the average sea water temperature during the summer is 24.7 С.

History: The closeness to the sea and the flat nature of the region is the reason for its settlement from antiquity to the present day. The earliest finds in the region are dated back to the Bronze and the Early Iron Age.

Some of the greatest battles between the Bulgarian state and the Byzantine Empire had been conducted in Burgas region.

Burgas is the cultural center of the region, which is evident by the active work of the Burgas Opera, Dramatic Theater “Adriana Budevska”, and the State Puppet Theater of Burgas. There are also multiple galleries in the city.

Get in touch with us
Contacts
Back
Back to top
Share
Copyright. All rights reserved. Web Design By SW