Founded thousands of years ago, today the city continues to develop as the country’s cultural and economic center.
Back to destinations 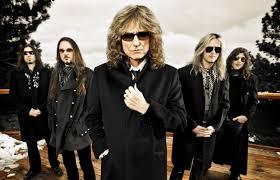 Whitesnake concert in Sofia
Watch a live concert of Whitesnake band in November in Sofia!
All news
Sofia

Overview: Sofia is Bulgaria’s capital and its largest city. Founded thousands of years ago, today the city continues to develop as the country’s cultural and economic center. At present, the city has a population of 1,250,000.

Location: Sofia is located in the western part of the country, on The Sofia Plain and on the lower slopes of Mount Vitosha. The city’s average altitude is 550 meters above sea level, the climate is moderate and continental, characterized by cold winters and relatively cool summers. The average temperature in January is 1 degree below zero Centigrade, and the average July temperature is 20 degrees Centigrade.

Sofia nowadays: Sofia preserves many valuable monuments to its long and storied past. Visitors exploring the city’s streets can see remnants of The Eastern Gate from the days when Sofia was Serdika and Sredets, dating from the 2nd-4th centuries CE. These remains are exhibited in the underpass connecting the Presidential Palace and The Ministerial Council, surrounded by shops selling traditional Bulgarian souvenirs and rosewater.

The city is a preferred destination for international congresses, and there are a great many halls and centers offering possibilites for every need. For example, one of the city’s most popular venues for business forums and trade fairs is The National Palace of Culture.

Sofia is also home to Bulgaria’s most prestigious and larges educational institutions – universities, colleges, and middle schools that offer solidly-grounded, up-to-date instruction in such disciplines as Architecture, Medicine, The Humanities, Engineering, Music and Choreography, and Fine Arts.

Near Sofia, in the Vitosha, Lozen, and Stara Planina (Central Balkan) Mountains, over the centuries so many monasteries have been founded that they came to be known as Sofia’s Holy Mountains. They can be considered as a single complex, and played an important role in preserving the Bulgarian spiritual heritage during the centuries of Ottoman occupation. Still standing are The Dragalevski, Lozen, Germanski, Kremikovski, Cherepishki, and Osenovlashki Monasteries, among others.

Opportunities for sport and recreation in the capital are many and varied – outdoor swimming pools, tennis courts, modern gymnasiums and sports halls, and parks. The city’s stadiums draw thousands of fans for matches between major football teams.

Sofia’s parks are a favorite place for rest and recreation. Borisov Park is right in the center of the city, and South Park is next to the National Palace of Culture. There are two golf courses within an hour’s drive of the city, in the city of Ihtiman and the village of Ravno Polye, both offering excellent facilities to play and practice this sport that is becoming more and more popular in Bulgaria. During the winter, the ski resort on Mount Vitosha is a favorite with skiers and snowboarders alike, and during the summer it is a favorite place for hikers and picnickers. Mount Vitosha borders on The Vitosha Natural Park, which is the oldest nature reserve on the Balkan Peninsula. The species of flora in the park are particularly rich and varied. Ten of the peaks in the Vitosha Range are over 2,000 meters; the highest is Cherni Vrah (Black Peak), in the center of the park, at 2,290 meters. Since Mount Vitosha is a preferred destination for the capital’s residents, its fields and paths are alive with nature lovers. For more information about the park, please contact the Vitosha Nature Preservation Information Center, located roughly 1 km from the Dragolevtsi Quarter, close to the Dragolevtsi Monastery.

There are two ski centers on Mount Vitosha to accommodate visitors to this very popular sports destination. They are Aleko and Konyarnika. Aleko is at an altitude of 1,800 meters, and its slopes face north. It also has facilities for night skiing. The Konyarnika Center is 1,507 meters high. There are a total of 29 km of ski runs on Vitosha, and the longest is 5 km. The maximum vertical dro is 780 meters. The slopes are suitable for both experienced skiers beginners.

Sofia offers many places for its children to play. The parks are equipped with safe, modern, playground equipment, and there are both children’s playgrounds and indoor recreational facilities for children.

Like every big city, Sofia has something for every taste. There are a great many luxury hotels, including those that are part of international hotel chains. There is also a wide variety of hostels and smaller family guesthouses. There are a multitude of discotheques, restaurants, bars, piano bars, folk clubs, taverns, soda fountains, fast food outlets and many other kinds of entertainment.

Sofia and the immediate vicinity also boast a great many spa complexes. The hot springs at Bankya, a nearby resort offer wonderful facilities for rest, recreation, and wellness. There are ten spa centers within the capital’s city limits offering peace and relaxation, along with therapeutic and beauty treatments. 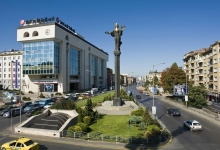 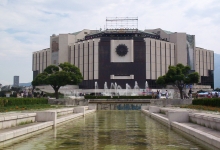 Get in touch with us
Contacts
Back
Back to top
Share
Copyright. All rights reserved. Web Design By RIZN